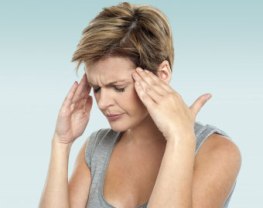 It is a physical intolerance of electromagnetic radiation, first described in 1932. People working with electricity, radio and radars reported feeling unwell.  In Russia in the 1970s, large numbers of workers who were exposed to microwave or radiofrequency radiation were becoming very sick. This led Russian doctors treating them to term this occupational illness as “radio wave sickness” or “microwave sickness”. Over time, more people worldwide were becoming ill from exposure to both microwave RF radiation, and radiation from electric and magnetic fields.

In the 90s, the condition was called “electrosensitivity (ES)” and “electrohypersensitivity (EHS)”, and although these terms are commonly used they do not adequately describe the distressing, debilitating and constant pain of having your health and life severely affected by microwave RF and electromagnetic radiation pollution.  ES or EHS is not a popular term for many sufferers, as it implies that that the problem is with the person themselves (being sensitive or weak), rather than it actually being a functional impairment caused by the body reacting to a toxic environment. It suits the industry and naysayers of course.

March 2020 – Electrohypersensitivity as a Newly Identified and Characterized Neurologic Pathological Disorder: How to Diagnose, Treat, and Prevent It  https://www.ncbi.nlm.nih.gov/pmc/articles/PMC7139347/

“…  is a condition in which adults and children develop intolerance to radiation from wireless technology devices and infrastructure such as cell phones, Wi-Fi, wireless utility “smart”meters and cell towers and antennas. Once they develop the condition, they experience various symptoms from tingling in the hands and pain in the head when using a cell phone to severe and disabling illness. The most common symptoms are headaches, sleep disturbances, nausea, dizziness, cognitive and memory problems, a racing heart and heart palpitations, burning sensations, nose bleeds and noise or light sensitivities.

Recent research suggests that these symptoms indicate severe physiological harm including breakage of the Blood Brain Barrier, damage to the limbic system and the thalamus, oxidative stress, autoimmune damage and neurodegeneration. The prevalence of the condition is growing rapidly, including amongst children. Surveys from a decade ago suggest that 10% of the population already suffers from symptoms. However, this rate is likely understated considering many people who experience symptoms are not aware that their symptoms are caused by wireless devices and in addition. Given the exponential increase in the past decade of the use of wireless devices including Wi-Fi and smartphones and increase in the levels of radiation in the environment from the wireless infrastructure, it is likely that the rates of people who suffer from the condition are higher and will continue to rise.

What are the symptoms?

Sufferers may experience some or more of these symptoms:

Exposure has been shown to exacerbate existing conditions such as arthritis, diabetes, back problems, asthma and heart conditions.

Those with the condition include Gro Harlem Brundtland, once the Prime Minister of Norway and head of the World Health Organization; Matti Niemela, former Nokia technology chief; and the wife of Frank Clegg, former head of Microsoft Canada and current head of Canadians for Safe Technology.

“While other conditions have been associated with exposure to radiation from wireless technology, such as brain & breast cancer, fertility problems, autism and ADD, it seems that the most widespread manifestation of harm from this technology is ES.”  http://c4st.org/electrosensitivity/What is ES-In a NutShell?

Lewis Evans – EHS is a biologically correct response to an environmental pollutant.

Sufferers can also experience ridicule and disbelief from others, including even those in the medical profession.  These ignorant attitudes further isolate suffererse.

The condition is often progressive, so symptoms and intolerances to wider frequencies can increase. Many also develop intolerances to chemicals and fragrances and perfumes (which all contain toxic ingredients) – a condition know as Multiple Chemical Sensitivities MCS.

All combined can make life extremely restricted for some, unable to work, socialise, shop, travel, even visit doctors, dentists or hospitals. Some affected are unable to use a computer, telephone or watch television.

See more on the work of Professor Olle Johansson and EHS http://www.cellphonetaskforce.org/the-work-of-olle-johansson/

Why are some people more affected than others? http://mieuxprevenir.blogspot.com/2018/03/electrosensitivity-why-are-some-people.html

Many people in Ireland are already adversely affected by exposure to electromagnetic and microwave radiation and are now suffering with EHS, and this number is growing.   Read personal accounts from around the world .

In 2011, the Council of Europe Parliamentary Assembly made recommendations to EU Governments to  “pay particular attention to “electrosensitive” people who suffer from a syndrome of intolerance to electromagnetic fields and introduce special measures to protect them, including the creation of wave-free areas not covered by the wireless network;” Resolution 1815, (2011) 8.1.4 See full report here

As well as the Assembly’s recommendations,  calls have been made on Government and Health agencies in the country over the years to recognise and assist EHS sufferers in Ireland. Numerous Oireachtas submissions have also been made in this regard but still no recognition or consideration is granted to sufferers in this country.  The human rights of people with EHS are being ignored. United Nations Convention on the Rights of Persons with Disabilities

Your doctor may not recognise that your symptoms are related to EMF exposure and EHS,  as they will not have learned about this in medical training.  Thankfully, some doctors across the world are starting to learn about this  and it will help you greatly if you provide your doctor with some information :-

Info kit page with helpful information for your GP/consultant.

Avoidance is key. It can reduce or eliminate your symptoms very quickly.  If you can find a place where you feel better, try to spend as much time there as possible, ie where there is little mobile coverage etc.

For information on what to do to reduce your exposure to radiation, and hopefully ease your ES symptoms, go to our What Can I Do page?

Just a small number of EHS organisations and websites worldwide …

UK Electrosensitives (excellent support and information and welcomes  members are from all over the world)
https://www.facebook.com/groups/675328022574090/

Sweden               FEB The Swedish Assoc for the Electrohypersensitive

ALSO : For up to 90 websites and support groups worldwide see EMRAware.com/organisations