TETRA stands for ‘Terrestrial Trunked Radio’. It is the secure radio communications system used by An Garda Síochána, Civil Defence, Irish Coast Guard, Ambulance Services and other organisations and services. It has been in operation in Ireland since 2006. 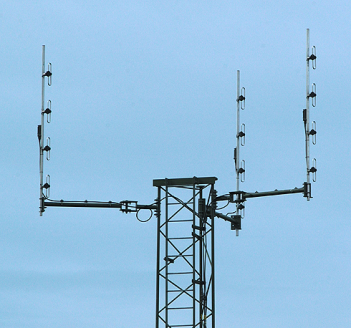 TETRA antennae are located on most Garda stations and many other locations around the country.  Tetra is a purpose-built, stand-alone communications network delivering 98% overlapping land mass coverage which encompasses building and land areas regardless of population concentration.  (Most masts at Garda stations also carry other telecommunications antennae)

Both the handsets used and base-transmitters are more powerful than normal mobile phones “to give a more secure mode of communications”.

TETRA uses radio frequency microwave radiation at 380-384 and 390-394 MHz. This radiation penetrates more deeply into the body than some higher frequencies

TETRA’s 17.65 frames per second create a pulsed amplitude modulation at 17.65Hz. This is close to the 16 Hz resonance frequency of calcium ions, causing calcium flux through the cell membrane,an established cause of ill health from radio frequency radiation (Pall ML, 2013). The Stewart Report (2000)  warned [5.59] against using 16Hz for this reason. It is also in the spectrum of brainwave frequencies.  There are also 70Hz slots, 0.98 Hz multiframe groups, and 16.66 Hz grounds waves from masts.

Newsletter TETRA ~ is your health at risk? by Alasdair Philips  (published in the Police Federation March 2001 ‘POLICE’) https://www.powerwatch.org.uk/pdfs/20070829_tetra_gaga.pdf

For more on Tetra and Health (UK website) http://www.tetrawatch.net/main/introhealth.php