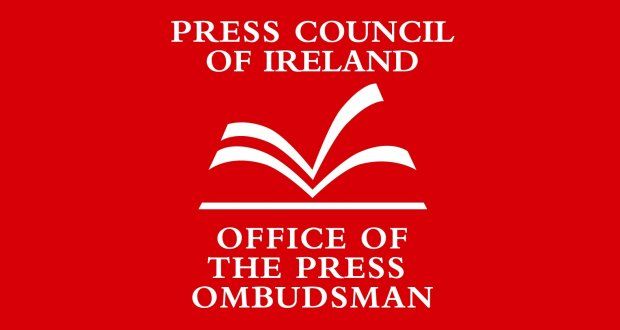 The Press Ombudsman has upheld a complaint by Professor Tom Butler that The Irish Times breached Principle 1 (Truth and Accuracy) of the Code of Practice of the Press Council of Ireland.

On 5 September 2019 The Irish Times published online an article challenging concerns that there might be health risks associated with 5G technology. A sub-heading to the article stated that the blossoming anxiety over professed health risks of 5G “can be traced to a single scientist and a single chart”.

Professor Butler made a formal complaint to the Office of the Press Ombudsman claiming that Principle 1 (Truth and Accuracy) and Principle 2 (Distinguishing Fact and Comment) of the Code of Practice had been breached. Professor Butler challenged what he understood to be the subtext of the article which was, he said, that there were “no real links between wireless technology and health”. In particular, he disputed the accuracy of the sub-heading to the article, claiming that there was “significant scientific concern that dates back to the 1950s, at the very least”. He referenced many scientific papers and research findings which questioned the safety of microwave radiation, stating that “there is a significant body of scientific evidence on hazardous non-thermal levels of microwave radiation”. He questioned the statement of the author of the article that “mainstream scientists continue to see no evidence of harm from cell phone radio waves” which he described as “demonstrably false”.

The Irish Times responded by saying the article had been published in good faith and that its author had “twice won the Pulitzer prize and is a long-established science writer with the New York Times”. The Irish Times said that the article had been supplied by the syndication service of The New York Times and that it had been written by a “highly respected writer and commentator” who was expressing his opinions in the article. The editor stated that The Irish Times “does not have an opinion on whether there are links between wireless technology and health”. What was published, he said, was the author’s opinions on this subject. An offer of the publication of a letter that “would need to be not longer than 500-600 words” which would provide an opportunity to challenge the original article was made.

Professor Butler declined the offer of a letter of the length suggested as the “subject matter was not conducive to expression in a mere 500 words”.

As the complaint could not be resolved by conciliation it was forwarded to the Press Ombudsman for a decision.

It is not the function of the Press Ombudsman to evaluate the conflicting claims of the effects of wireless technology. The Press Ombudsman’s task is to decide if the Code of Practice of the Press Council has been breached. Principle 1 requires the press to strive at all times for truth and accuracy. In the article the author made assertions about the effects of wireless technology which Professor Butler claimed were inaccurate. His complaint, which included substantial supporting documentation and international research, contained sufficiently persuasive evidence to allow a decision that the article did not meet requirements in regard to Principle 1. It is a frequently repeated truism that everyone is entitled to his own opinion but not his own facts. An opinion piece in a newspaper has the same obligation to facts as any other part of a newspaper. I am upholding this complaint on the basis that the article, in not taking more account of scientific research that raised concerns about the impact on human health of radio waves, breached the accuracy requirements found in Principle 1.

In this instance The Irish Times offered Professor Butler an opportunity to publish a 500-600 word letter. In my opinion given the complex arguments on the effects of wireless technology this was not a sufficient response to resolve the complaint.

Other parts of the complaint were not upheld. The full decision can be accessed at www.pressombudsman.ie