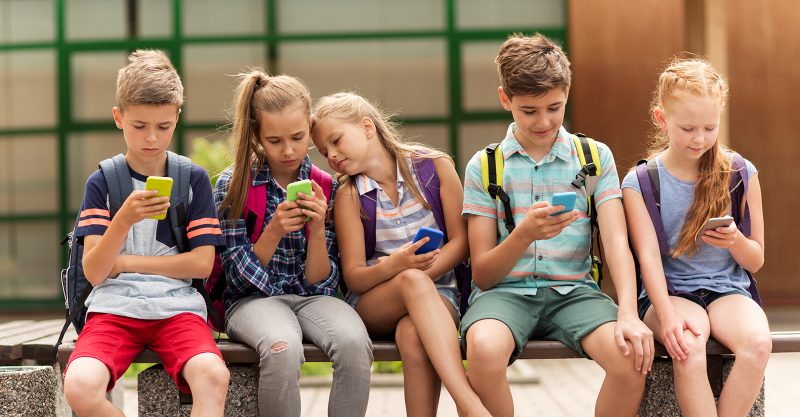 The information was provided to Children’s Health Defense by Professor Oleg Grigoriev, Dr.Sc, PhD, the Chairman for the Russian National Committee on Non-Ionizing Radiation Protection. Professor Grigoriev has been outspoken about the harms of wireless technology and has been leading the recent initiatives by the Russian government to protect children from harm. He also tweeted about the news.

Russia is following other countries around the world that have taken action to reduce the use of Wi-Fi in schools and protect the health of children. In 2013, Israel became the first country in the world to adopt limitations on the use of Wi-Fi in schools. It banned Wi-Fi in kindergartens and limited the use of Wi-Fi in elementary schools. Wi-Fi is allowed for three hours per week in the first and second grade and six hours per week for the third grade. It must be turned off at all other times. In 2017, Cypress banned Wi-Fi in kindergartens and halted the deployment of Wi-Fi in elementary schools. In addition, The Cyprus National Committee on Environment and Child Health initiated a nationwide campaign to raise awareness about cell phone and wireless radiation exposures to children.

In the US, in 2016 the governor-appointed Maryland State Children’s Environmental Health and Protection Advisory Council (CEHPAC), issued a report advising the Department of Education to recommend that local school districts reduce exposure of schoolchildren to wireless devices and radiation, and to provide wired rather than wireless internet connections. No action was taken.

This action by the Russian Health Department follows another recent action by the ministry to encourage the reduction of children’s exposure to wireless devices.  In March 2020, following the outbreak of Covid, Russia’s Department of Health together with the Scientific Research Institute of Hygiene and the Russian National Committee on Non-Ionizing Radiation Protection published Safety Recommendations for Children Who Use Digital Technologies to Study at Home. The recommendation encourages using the internet via a wired connection rather than Wi-Fi. (Children’s Health Defense also published a “step by step” guide on how to hardwire wireless devices for safe remote learning.)

In the US, the Federal Communication Commission, which regulates the safety of wireless technology, denies that wireless technology causes harm. The FCC health guidelines rely on the obsolete scientific assumption that the non-ionizing radiation emitted by microwave frequencies used for wireless technology can be harmful, only if they cause thermal change in tissue. That assumption has been proven false in thousands of studies, even before cell phones were commercialized in the 1980s. Contrary to the FCC’s position, in the 1970s, the Russians had already acknowledged that the radiation emitted from radio and microwave frequencies based technologies can be harmful at levels that are at least 1,000 times lower than the levels that create thermal effects.

Despite massive evidence of harm, in December 2019, the FCC published a decision that there is no evidence of harm from wireless technology and decided that a review of its health guidelines would not be required. As a result, in February 2020, Children’s Health Defense sued the FCC. The main brief in the case is due on July 29, 2020.