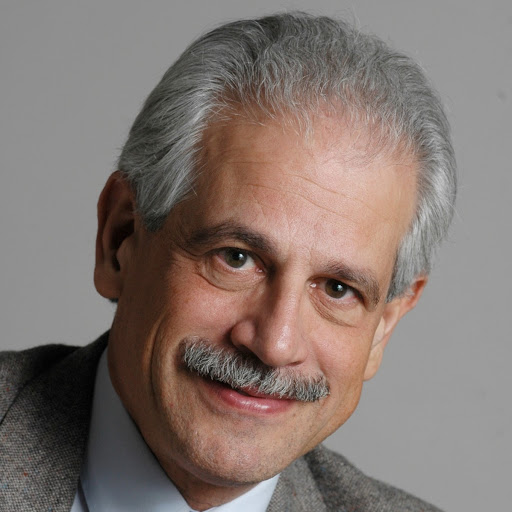 Americans For Responsible Technology is pleased to recognize Dr. Joel Moskowitz as the recipient of the organization’s Leadership Award for his outstanding service and contributions to public health.

In making the announcement, ART National Director Doug Wood cited Dr. Moskowitz’s dedication to ensuring that the supporters of safe technology were armed with the best science available. ” Joel has been unparalleled in his work keeping us informed about the latest research from the scientific community,” said Wood. “He has helped us immensely in our efforts to bring awareness to the issue of RF radiation and its impact on human health.” “The world is a better place because of the vitally important efforts of Dr. Joel Moskowitz to promote public understanding of the growing scientific evidence detailing the public health impacts of wireless radiation,” said Dr. Devra Davis, renowned epidemiologist and founder and President of the Environmental Health Trust.

“Joel performs an enormous service to the scientific community as well as to the general public and global governments in documenting the progress made worldwide through study of the harmful effects of exposure to electromagnetic radiation,” said Dr. David Carpenter, Director of the Institute for Health and the Environment at the University at Albany. “We all owe him a major debt of gratitude.”

Dr. Kent Chamberlin, former Chair of the University of New Hampshire’s Department of Electrical and Computer Engineering noted, “I became involved with wireless radiation issues in 2019, having little background knowledge about it. Fortunately, Dr. Moskowitz has paved the way for me and others by making well-vetted information available and by responding in detail to questions posed to him. He has clearly ‘moved the needle’ with his work.”

“Joel has provided the world and the electromagnetic field health impact assessment community a rare commodity: poise and intellectual brilliance in the middle of a storm,” said Dr. Paul Héroux, Professor of Toxicology & Health Effects of Electromagnetism at McGill University in Montreal. “He has also immensely contributed to the selfless spreading of critical scientific information within the community of researchers.”

Elizabeth Kelley, Director of the International EMF Scientist Appeal Campaign, agreed. “I am grateful to Joel Moskowitz for his many effective contributions that add depth and clarity to our messages about EMF’s biological and health effects and support our urgent call for policy and practical solutions aimed at ensuring greater health protections for people and wildlife,” she said. About Joel Moskowitz

Joel M. Moskowitz, Ph.D. is the Director of the Center for Family and Community Health at the School of Public Health, University of California, Berkeley. Dr. Moskowitz has published research on health promotion and disease prevention for more than 40 years, most recently focusing on the adverse health effects of radiofrequency radiation (RFR). His peer-reviewed publications on RFR address the tumor risk from mobile phone use, environmental exposure to RFR, and electromagnetic hypersensitivity (EHS).

He provided pro bono expertise on RFR to help the cities of San Francisco and Berkeley defend their cell phone “right to know” laws in two Federal lawsuits: CTIA v City and County of SanFrancisco, and CTIA v Berkeley.

In 2018, he received The James Madison Freedom of Information Award from the Society of Professional Journalists (Northern California Chapter) for a successful lawsuit that resulted in the California Department of Public Health releasing its cell phone safety guidance document previously suppressed for eight years.

Since 2009 he has been a source for hundreds of news stories on RFR. He has disseminated research on electromagnetic fields on a monthly basis since 2016. His Electromagnetic Radiation Safety website, which has received more three million page views, has served as a valuable resource for scientists, journalists. and the public since 2013.