THE ODIOUS SMELL OF TRUTH. CORRUPTION OF THE SCIENTIFIC LITERATURE CONTINUES – MICROWAVE NEWS

My wife and I spent a few days in Basel, Switzerland, earlier this month. We came for its many  exceptional museums, and they didn’t disappoint. One afternoon as we were walking through town, not far from the complex that is home to Art Basel, the annual contemporary art fair, I spotted a carefully crafted warning on the side of an otherwise unremarkable building on Drahtzugstrasse. “The Odious Smell of Truth,” it called out.

With a little Googling, I learned that the expression comes from the title of an exhibition held at the Royal College of Art in London in the spring of 2017. The show was organized by Peter Kennard, a noted British political artist, and his students. They called themselves the Rage Collective. What does it mean, they wanted to know, to tell the truth in a world of false news and social media misinformation. 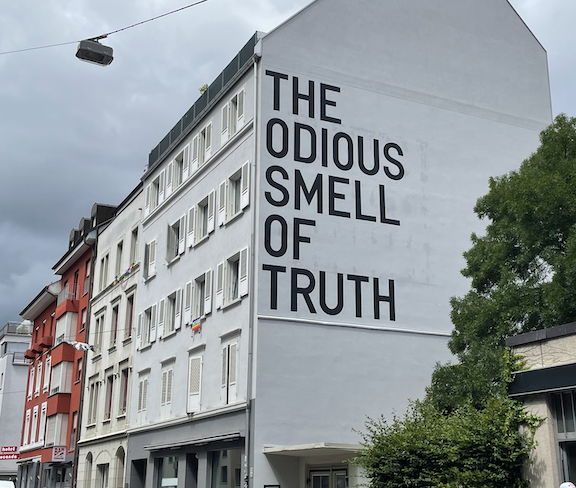 A building on Drahtzugstrasse in Basel

As it happens, a few days later while I was making my way home to New York, I received an email from Peter Hensinger, the scientific director of Diagnose Funk, a German-Swiss environmental and consumer protection group. It took me right back to those words above Drahtzugstrasse.

Hensinger sent me a commentary he had recently published which was sharply critical of Martin Röösli, an associate professor of environmental epidemiology at the University of Basel.

Last year, Röösli was the lead author of a health review for physicians on the state of RF science and what might be expected from the latest generation of wireless technology, known as 5G. The message is that there’s nothing to worry about. “According to current knowledge,” Röösli advises, 5G “would not represent a health risk.” The open access paper is in German, with an abstract in English.

“Röösli’s paper is full of misleading half-truths,” Hensinger told Microwave News. “It reminds me of the work of David Michaels,” he said, referring to the author of Doubt Is Their Product: How Industry’s Assault on Science Affects Your Health. “Röösli is manufacturing uncertainty.” Michaels, an American epidemiologist, was the head of OSHA under President Obama.

A Prominent Member of the RF–Health Community

Few people are as influential in RF/microwave public policy circles as Röösli. He is a full member of the International Commission on Non-Ionizing Radiation Protection (ICNIRP), and has been since 2016. He serves on a number of committees, including those that advise the German, Swedish and Swiss governments. Indeed, he chairs the Swiss group, called BERENIS, which prepares regular updates on new research for the Federal Office of the Environment. He sits on a number of editorial boards of scientific journals, including Bioelectromagnetics and the International Journal of Environmental Research and Public Health (IJERPH).

No one doubts that Röösli is well briefed in all facets of RF health research. He knows what’s in the literature. His influence comes from deciding what’s important and what’s not. As Hensinger shows in his seven-page deconstruction of Röösli’s review paper, discomfiting findings are often shunted aside. 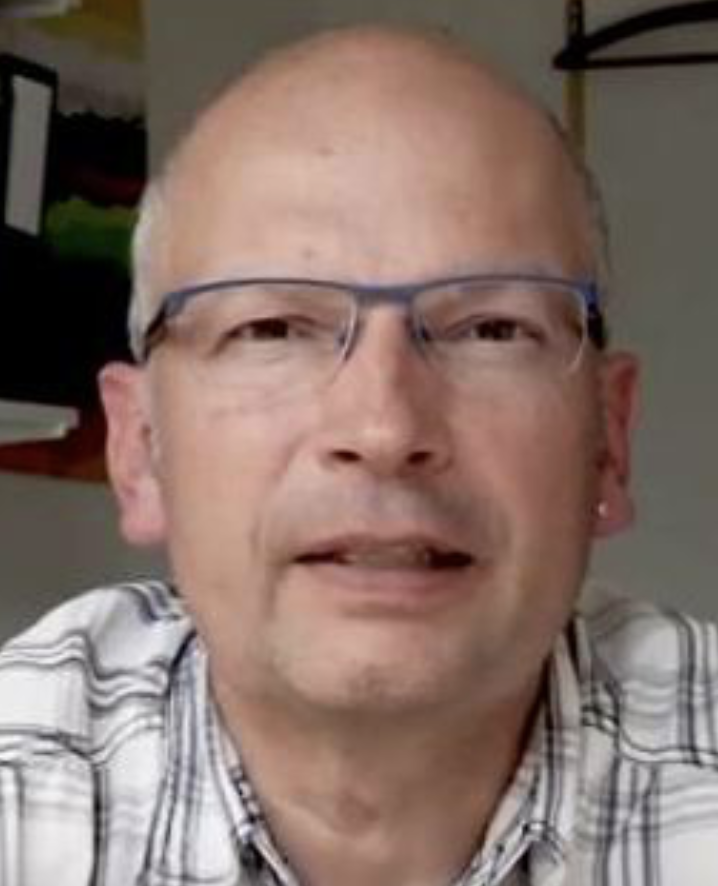 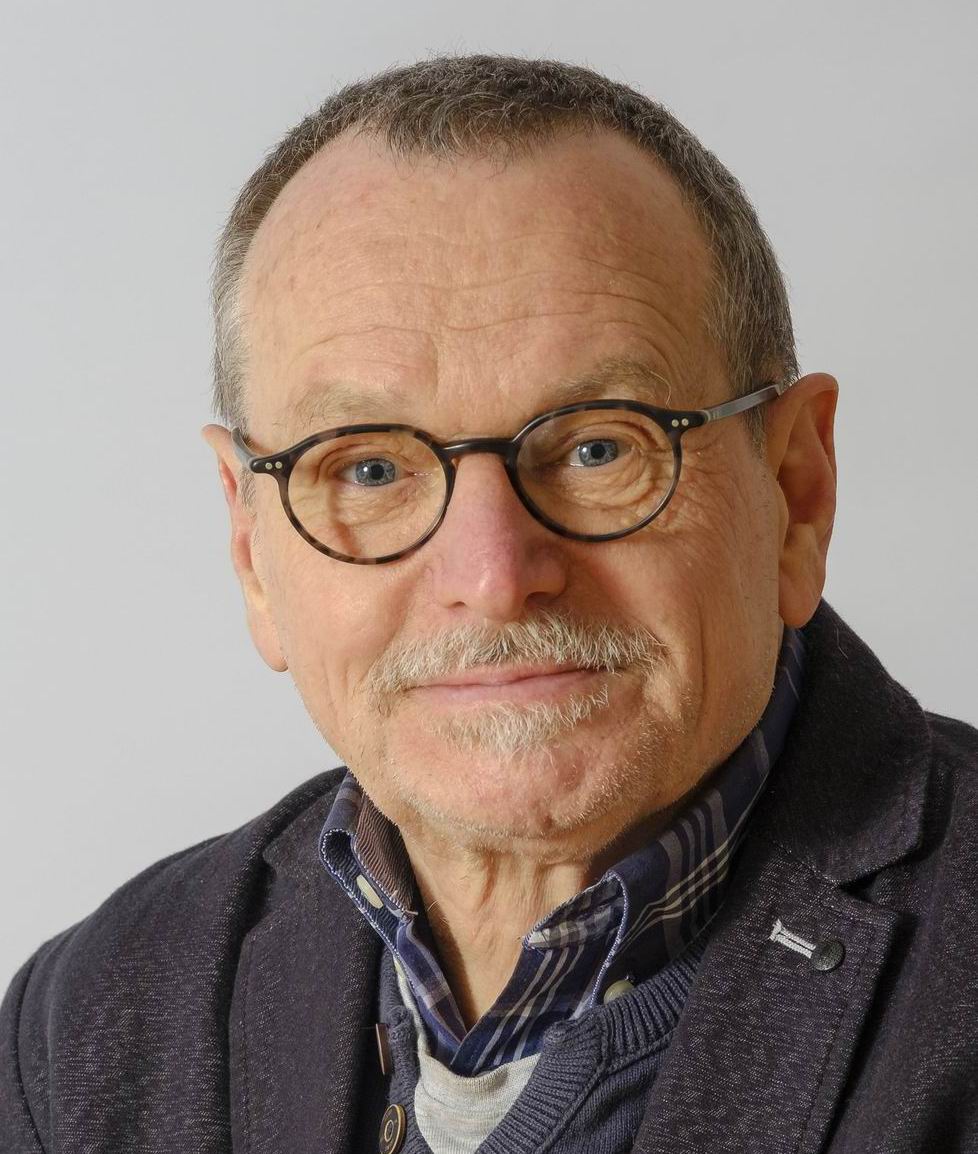 For example, Hensinger points out that Röösli does not mention the U.S. NTP’s $30 million animal study that showed RF radiation leads to cancer. He similarly ignores the Ramazzini Institute study that, remarkably, found an increase in the same rare tumor —schwannoma of the heart— as had the NTP.

That Röösli ignores the NTP and Ramazzini studies is all the more striking given that BERENIS, the Swiss advisory group which he was chairing at the time, published a special issue evaluating them in November 2018. There, the panel wrote that these two animal studies are “the most comprehensive” to date and, despite their methodological differences, they both showed “relatively consistent results.” Based on these findings, BERENIS called for a precautionary approach for RF/EMF exposures.

Röösli also fails to tell his readers that IARC has classified RF radiation as a possible human carcinogen, and that RF is on the priority list for reassessment. A possible upgrade will be considered in light of the release of the NTP and Ramazzini results.

Hensinger is particularly critical of the way Röösli discounts RF effects on sperm quality and fertility. Here’s what Röösli wrote:

“Until recently we have not had an epidemiological study of sufficient quality about the impact of radiation from wireless communication technologies on sperm quality, even though it is a matter of public controversy. In a recently published prospective cohort study with about 3,000 subjects, no effect was observed for the use of cell phones in the front pockets of pants on sperm quality and the period until a pregnancy is confirmed.” [Hensinger’s translation]

Sounds definitive, but as Hensinger points out, “Röösli bypasses an overall analysis of the current body of knowledge from in vivo [animal], in vitro [cell culture] and epidemiological studies by pointing to an anecdotal note in a single (!) epidemiological study.” [That’s Hensinger’s exclamation mark.]

A recent report for the European Parliament, cited by Hensinger, reviewed more than 60 studies and concludes that there is indeed an effect on fertility.

How reliable is that prospective study that Röösli insinuates settles the fertility issue? If you read the paper —take a look, it’s open access— you’ll see details on the many possible sources of exposure misclassification that would tend to mask any risks. The research team calls the problem of determining radiation dose a “major challenge” [p.1402].

But the most obvious reason this study does not cancel out all the previous work is that —as Hensinger also points out and Röösli does not— in two different data sets, it shows a statistically significant decrease in fecundity among lean men who carried their phones in their front pockets. (No similar effect was observed in heavier men; fecundity is a fancy word for fertility.)

Röösli is effectively saying that phones can be worn near reproductive organs without hesitation, according to Hensinger. “That’s irresponsible,” he said.

Why a Cardiology Journal?

Another incongruous aspect of Röösli’s radiation review is that it appears in a cardiology journal, Aktuelle Kardiologie. Hensinger doesn’t know why it ended up there, but he did say that its parent company, Thieme, is one of the most important medical publishers in Germany and reaches a large number of practicing physicians.

The journal’s influence goes beyond its circulation of about 4,500. Röösli’s article was picked up by other German-language news outlets (one example here), with the result that, as Hensinger told me, “Almost all medical doctors in Germany, Austria and Switzerland learned about it.”

That, of course, was the objective.

When the experts mangle the facts so badly, is it any wonder that confusion reigns over RF health risks?

The corruption of the scientific literature continues. I don’t know when this might change, but a good start would be for Röösli to take a walk down Drahtzugstrasse and take a deep breath. Then, maybe, he’ll come to his senses.

Aktuelle Kardiologie has agreed to publish a one-page rebuttal of Röösli’s paper by Hensinger. It is scheduled to appear in mid-August.

This is not the first time an ICNIRP member has had trouble with the facts. See our “The Lies Must Stop.”

Another story on the same general theme: “Four Reasons Why David Grimes’s RF-Cancer Review Must Be Retracted.”