EMF AND YOUR IMMUNE SYSTEM: HOW RADIATION EXPOSURE HARMS YOUR HEALTH

Science has demonstrated a wide range of numerous negative health effects resulting from exposure to EMF radiation, ranging from sleep disruption to cancer. Among those negative health effects are several ways that exposure to EMF radiation can harm your immune system. And that, in turn, makes your body more vulnerable to ill health, disease and allergies.

EMF and Your Immune System

The role of your immune system is to patrol your body, actively seeking foreign microbes (such as bacterias, viruses, parasites, and fungi). If your body’s immune system finds something unrecognizable, the immune system will immediately launch an attack in an attempt to neutralize the foreign objects.

Scientists have found that prolonged exposure to EMF from every day technology like your cell phone and your microwave oven disturbs your immunity pattern. This can make it respond in different ways than it should.

EMF exposure can throw your body’s immune system out of tune. The immune system loses its ability to judge between the safe cells and microbes that are harmful. This means it can over-react to some threats, and under-react to others.

If your immune system under-reacts to a threat, we say that is a suppressed immune system. And it will not respond with the appropriate force to threats it should detect and fight. This can lead to, for example, more frequent and severe colds and illnesses, as well as an increased time to recovery.

However, sometimes the body reacts to EMF exposure by over-reacting– responding with more force than is necessary to a threat, and sometimes even responding to something as a threat, when no threat to your health is present. This can make the immune system attack your healthy cells because everything is a threat in its impaired judgment. This leads to increased allergies (reacting to external objects that aren’t actually a threat) and autoimmune problems (when your body attacks itself!). 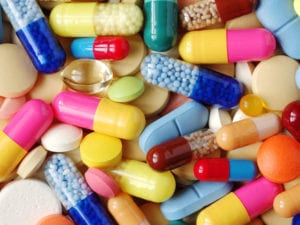 Doctors give these patients immunosuppressive drugs to intentionally weaken their immune systems.

Now, that’s a very specific example. And in general, we don’t want our immune system to be suppressed. But I bring up the cancer example, because researchers have found that EMF radiation shows similar traits as these immunosuppressive drugs.

In a healthy person, immunosuppression exposes the body to threats from various diseases. These are diseases that, when your body is working properly, would be able to fight and fend off and heal from. When your body’s immune system is impaired, your body may not have the ability to defeat the disease, or it may take longer to recover.

A simple example of immunosuppression is catching a common cold and not being able to recover for a long time. Similarly, if your immune system is weak, even a small cut on the skin can develop to a state where it requires critical medical attention.

Autoimmunity is a medical condition that makes your body attack its own cells and tissues. And there are several studies in which researchers found a correlation between exposure to EMF radiation and autoimmune diseases.

Obviously, we do not want our immune system fighting your own body. That situation is very self-destructive.

Under normal circumstances, a well-functioning immune system can normally tell the difference between foreign cells and your body’s own cells (that work for your body and are not harmful). And it knows only to attack foreign entities, and not your own body.

However, the exposure to EMF impairs the immune system’s decision-making ability to a point where it may even begin attacking your skin and joints.

Here is the list of some common autoimmune diseases include:

R Blank is the CEO of Shield Your Body. He is the co-author, along with his father Dr. Martin Blank, of ‘Overpowered‘ from Seven Stories Press about the science of health effects of EMF radiation, and he has taught on the faculty of the University of Southern California Viterbi School of Engineering.

He has an MBA from the UCLA Anderson School of Management and an undergraduate degree from Columbia University.